The milestone occurred on October 24, 2022 in Washington, D.C. Hologic leaders came together on that day with legendary entertainer Mary J. Blige, a longtime partner of Hologic’s Project Health Equality initiative, to elevate the profile of women’s health – particularly the issue of how healthcare disparities harm underserved women.

Blige delivered remarks about preventive care against breast and cervical cancers alongside First Lady Jill Biden at the White House. Then she visited Breast Care for Washington to see how the nonprofit group’s collaboration with Project Health Equality has made a lifesaving difference for patients.

Systemic racism, bias and a well-documented history of mistrust between people of color and the medical establishment continue to drive disparities in healthcare. Cervical and breast cancers, uterine fibroids and abnormal uterine bleeding are focal points for Project Health Equality because Black and Hispanic women suffer disproportionately from these medical challenges. For example:

Mary J. Blige and First Lady Jill Biden during the Cancer Moonshot event at the White House on October 24, 2022.

The White House event on October 24 was part of the U.S. federal government’s Cancer Moonshot initiative, which aims to reduce the nation’s rate of cancer-related deaths by half within 25 years and improve quality of life for cancer patients and cancer survivors. Shrinking the healthcare disparities gap is a central component of Cancer Moonshot.

“I’m here today as a Black woman who is passionate about using my platform to encourage other women to prioritize their health – namely, their annual Well Woman visits, mammograms and Pap+HPV tests,” Blige said at the White House. “I’ve dedicated a great deal of time to increasing awareness of the importance of preventive care – reminding people that their health is their wealth and urging them to make it a priority.”

Blige then visited the facility for Breast Care for Washington, a federally qualified health center and recipient of funding from Project Health Equality. The organization is headquartered in Ward 8, where it serves an at-risk community with the highest incidence of breast cancer in Washington, D.C. 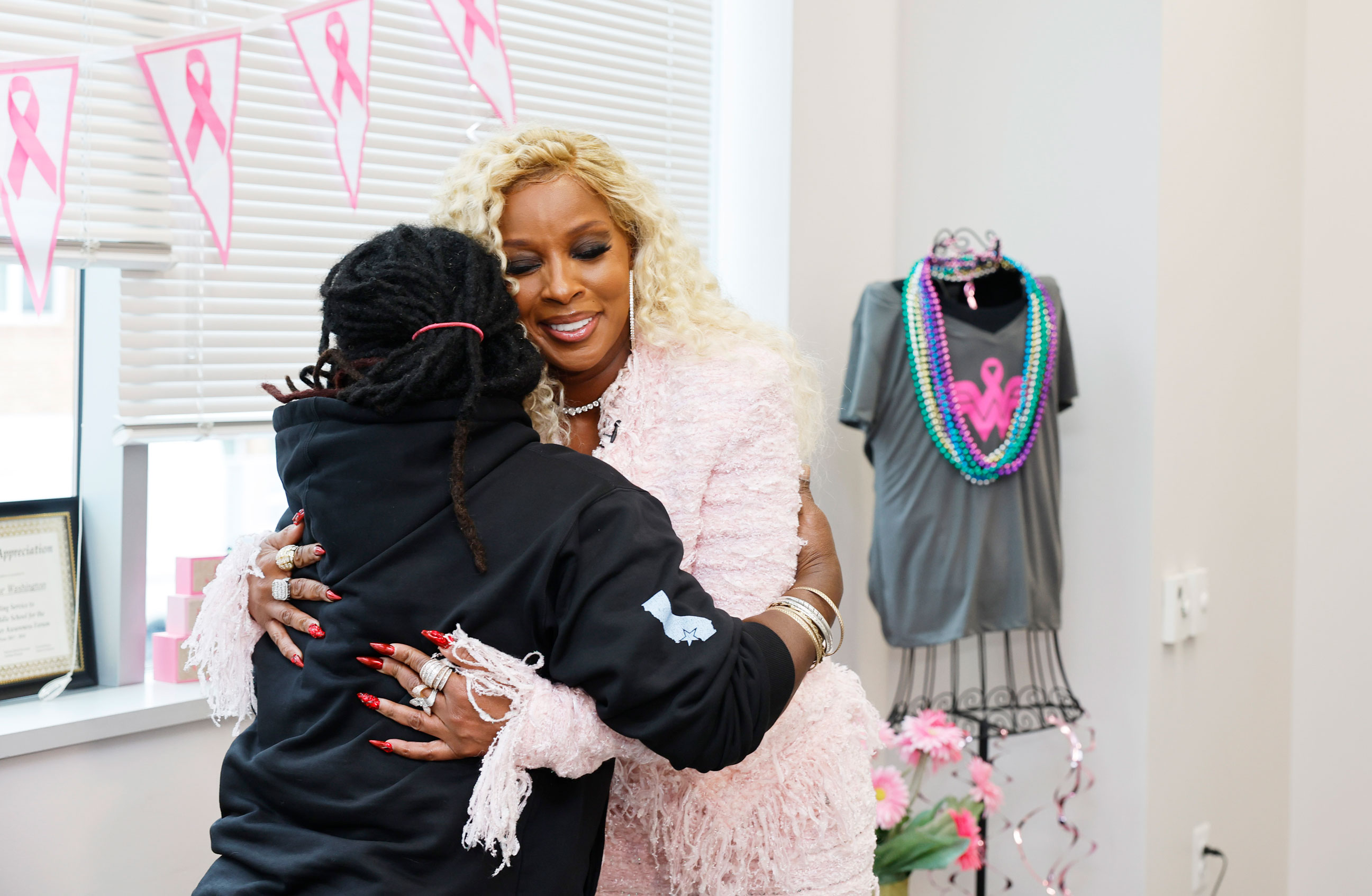 Mary J. Blige surprises a patient – and fan – during her visit to Breast Care for Washington’s facility on October 24, 2022.

Blige toured the facility and a mobile mammography coach that uses Hologic’s pioneering 3D mammography technology. She also surprised a patient who was onsite for her first mammogram since the COVID pandemic began – to thank her for making her health a top priority. With Blige were Dr. Regina Hampton, co-founder and CEO of Breast Care for Washington, and Erik Anderson, president of Hologic’s Breast and Skeletal Health Solutions Division.

Anderson, whose mother died of cancer at age 56, reflected on the significance of Hologic and Blige partnering to amplify the message of preventive care.

“We’ve been so proud to work with Ms. Blige, leveraging her powerful voice to reach millions of women,” he said. “Together, we’re increasing awareness and access to screening, and we’re encouraging women – especially underserved women – to schedule their annual mammograms and Well Woman visits.”